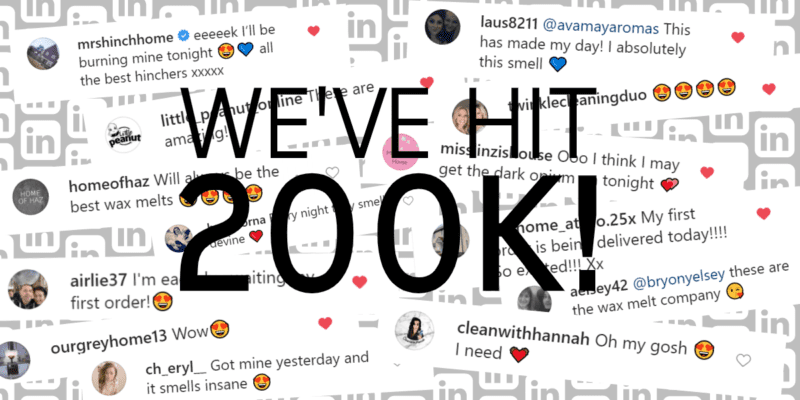 We have done it.
We’ve hit and now surpassed, 200k followers on Instagram!

We have come such a long way and achieved so much since our 100k follower milestone and so wanted to reminisce with you.

But first we need to say a few thank yous.

Thank you to the Ava May Aromas team who come to work each day and work so hard to get your orders made and sent out as efficiently as they can. And thank you to you, our likers, sharers, commenters, supporters and reps who are constantly engaging with us to create our very own and much loved, Ava May Community.
You are all truly cherished and without you, none of this would be possible!

Hitting 100k followers on Instagram
This time last year we were hitting the 100k mark and the anticipation and excitement we were feeling then, is the same this time round. It was so overwhelming to see how quickly we were growing and that people were genuinely loving our products, gave such a sense of reassurance.

Our 1st Birthday Party
This was such an amazing celebration to mark our first year. We wanted to go all out as it had taken a lot of hard work to get to this point. We welcomed friends, family, suppliers and reps and everyone had a fantastic time! Plans are well underway for this year’s party too. 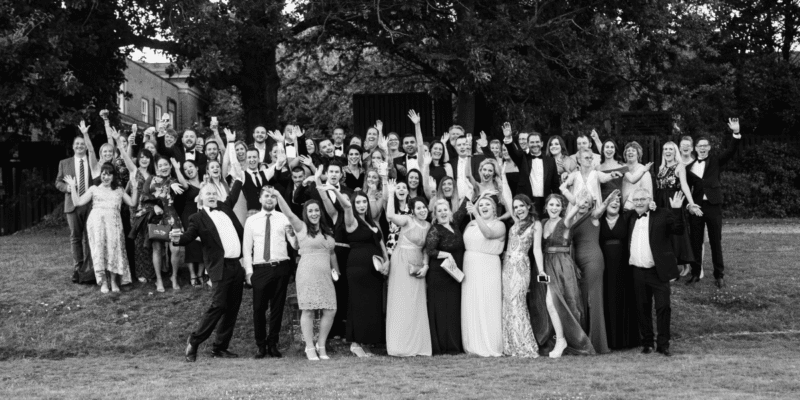 The Team
Previously a one-woman-band to a strong team of 25 and that is only counting the people within our units. Our reps are also part of the Ava May team and only became reps due to being so vocal and supportive of the brand and our products as soon as they discovered them. All encompassing, the Ava May team has gone from strength to strength and this is due to taking on dedicated and passionate people who truly believe in what we are doing. Their positive impact has been vital to our success.

Semichem
At first, the thought of going into a shop was terrifying because we had never had such a large scale order before. However, after originally saying no and us progressing as a business, we went back to the SemiChem buyer, Lianne and we agreed an order.

We sent up six different scented wax melts including both perfume dupes and laundry fragrances that were proving to be some of our best sellers. This year we have done the same order again, mixing up the scents and adding in sample packs, to offer a variety to the SemiChem shoppers.

A benefit of going into a shop is customers are able to smell the product before purchasing. As we are online only, other than SemiChem, it is something we cannot get around and so it is nice to be able to offer some of our customers that experience and something to aim for in the future!

Test Valley Awards
Being nominated for New Business of the Year, felt amazing. Our hard work as a business was being recognised and the long hours and stressful times were becoming worth it. The nomination forced us to look at just how far we’ve come since the start.

The Awards night was fantastic, we met some brilliant people and created contacts, some of who are still linked to the business today. We were up against some really strong competition so it felt incredible to be joint winners for our category – an achievement we are so proud of as a business.

Mrs Hinch
Sophie has been amazing and has been an integral part of Ava May’s growth. A single mention provides us with so much support and we will be forever grateful to her and her Hinchers!
She is such an inspiration, a completely genuine person and has remained totally humble whilst growing the huge following she has. She means as much to other people as they do to her and it is refreshing to see social media bringing positivity to such a large number of people.


To finish up, we are proud to be where we are and to have the support we have. It keeps us striving to do the best for you, our Ava May Community and we are so grateful to have you.